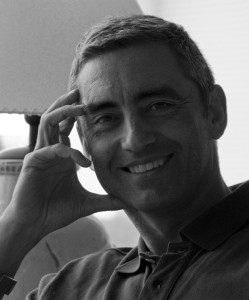 Born and raised in Lugo, Spain, European Union. I am married and have two sons, Ismael and Tulio. My wife and I live in Lugo, a Roman city founded in 15-13 BC as Lucus Augusti, which is still enclosed by an impressive defensive wall. The Roman Walls were inscribed on UNESCO’s World Heritage List in late 2000 as “the finest example of late Roman fortifications in western Europe.”

My passions are travelling, photography, nature, art, linguistics and teaching, though not necessarily in that order. I have had the fortune to live and travel in some of the most breathtaking urban and natural scenery in the world. I hope I can share some of this with you through my photography.

My research has focused on English historical linguistics and syntax, generative grammar and the architecture of language and the mind. I received my PhD in English Philology (Linguistics) from the University of Santiago de Compostela in 2001 with a dissertation on synchronic and diachronic syntax. I am also interested in the Renaissance.

From September 2013 to September 2015, I was responsible for the promotion of the Galician language (Dinamización da Lingua Galega) at my school in Lugo.

I have been in charge of Comenius School Partnerships (now Erasmus+ / KA-2), which enable pupils, teachers and staff  from across Europe to work together in joint programmes, since 2000 and bilateral student exchanges with Sweden from 2003 to 2009.

From September 2015 to January 2022 I was the Head of the English Department.

What is my opinion about my profession? I will answer this question with a quotation from David Lodge’s novel Nice Work,

It would be worth doing even if one wasn’t paid anything at all.”